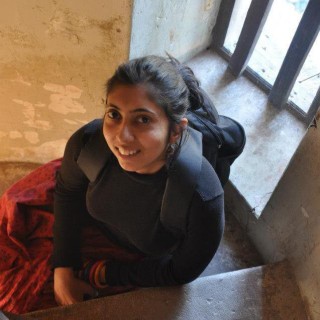 I have been brewing a post about this in my head for quite sometime but I hadn’t had much success until yesterday when I received a phone call from a friend who seemed to express displeasure over a rumour she’d heard about a rumour that I was believed to have been spreading. Given our ‘social distance’, whether I was right or not, I didn’t stand a chance in convincing her over her primary sources of information. Now, what was interesting about the whole incident was to learn about who her primary sources were. They were the popular hubs of information flow. This confirmed my earlier hypothesis that gossip follows a power law distribution – very few people hold all the enormous hoards of information while the large majority of people have almost negligible information. Gossip primarily follows a hub and spoke model (eg. when someone shares inappropriate pictures of others on a whatsapp group) and in some rare cases especially in private circles (best friends, etc.), it’s point to point.

For someone with a small circle of mutually exclusive friends, I have never really been conscious of flow of information and its repercussions since I have always lived in an eco-system of strong trust. However, when you move to a new social circle, a natural conversation catalyst is discussing common event, connections, etc. Given that in any group of individuals, the levels of integrity is varying, gossip becomes inevitable. Whether you wish to contribute or not, in one out of eleven cases, you might have added some value to the conversation as a result of a cascading effect caused by other members of the group. This doesn’t qualify you to become the hub. It is when you start believing that it is your duty to transfer this piece of information to the rest of the world. It is when the whole world can count on every flight of information to pass through you that you really become the hub i.e when you actively collect and transmit information that does not belong to you.

Until a trip last month, I was really almost at the tail end of this power law distribution. I was moved up several notches through tons of flights (information) that landed in my territory that I had no idea what to do with since all the information that I had gathered over this trip was ‘old news’ for most people. I was overwhelmed by how much I had aggregated and hence decided to disperse it in a direction that would be least harmful – my better half. More importantly, I remembered a smart senior friend of mine telling me that she hates to indulge in ‘gossip sessions’ with her countrymen (women) since she sees this act as a potential threat to her professional image since the people involved in these sessions are her future colleagues/ peers in the corporate world. I thought this was very valuable insight given that I am in a course where I have voluntarily signed up for continuous assessment (read judgement).

Credits – My team who helped me discover this concept about how information flows within our common social circle.

One thought on “Gossip Distribution Model”